Kluane Lodge, Wellesley Lake, the Yukon.
I have just returned from a weeks escorting and guiding a group of anglers to one of Canada’s finest wilderness lodges. So exclusive that only a few guests get to fish this rich water that can only be reached by floatplane.
Summer was late arriving but our trip dates (mid July) coincided with high pressure and hot weather driving the huge lake char into deeper water. All clients had plenty of 20 to 30 pound plus char and a number had fish exceeding 40 pounds. Amazing fishing using soft plastic lures. So direct on braid with a fluorocarbon leader. With only a slight breeze or still conditions it was so easy to ensure the right presentation. We averaged 3 to 11 big char each session and we had 3 fishing sessions each day. 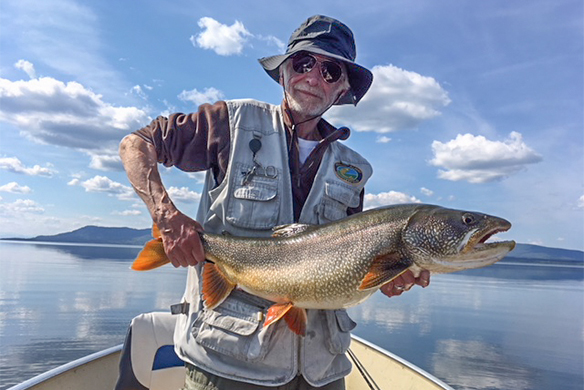 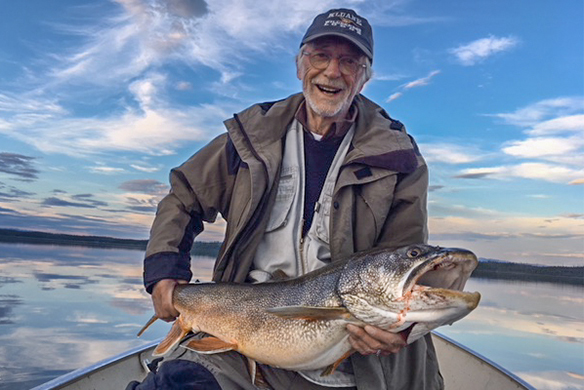 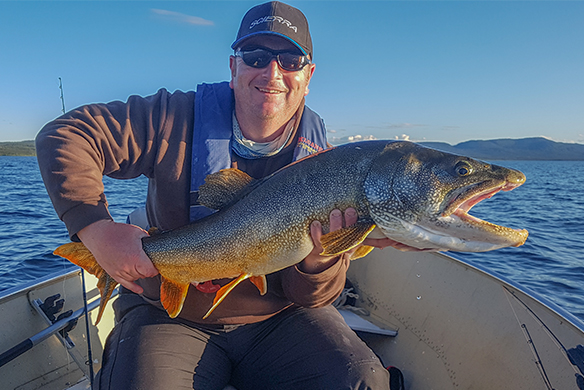 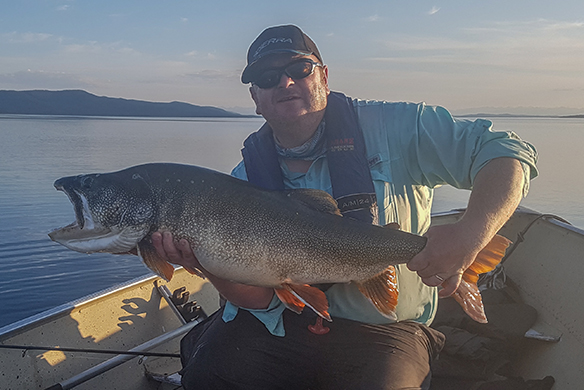 Ray and friends have been fishing out of Skjervoy for 10 years. After just returning from an early July trip they had great things to report…
“This year we had new Marlin boats with 150hp outboards. Great boats but a bit juicy if you use too much power. 23 knots is a good speed for optimum economy. The boats push better through chop and don’t slam. The weather was harsh at times but we had 13 halibut to 52lb and many cod with the best one weighing in at 60 pounds! This clearly made our trip.”

Dave Lewis escorted a group of clients, some regulars like Del and Ray, others totally new to this amazing saltwater lagoon fishing on the beautiful island of Puerto Rico.
All enjoyed amazing sport fishing both flies and baits. Small Tarpon are great fun on a fly rod but the bigger beasts, and a number were hooked and landed, came mainly to baits.
We cater for groups of 2 to 8 clients at this superb little resort close to the city and right on the lagoon. Top boats and guides ensure great sport.
https://anglersworld.tv/sea-fishing/puerto-rico/torrecilla-lagoons/ 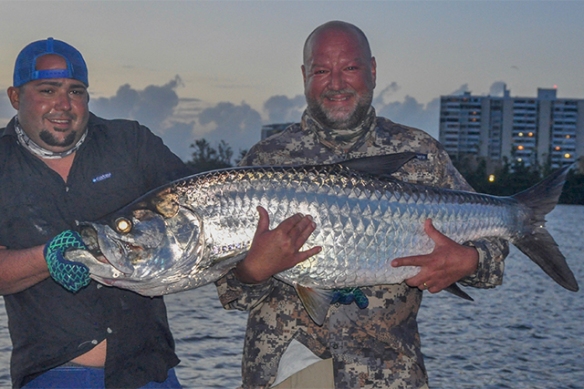 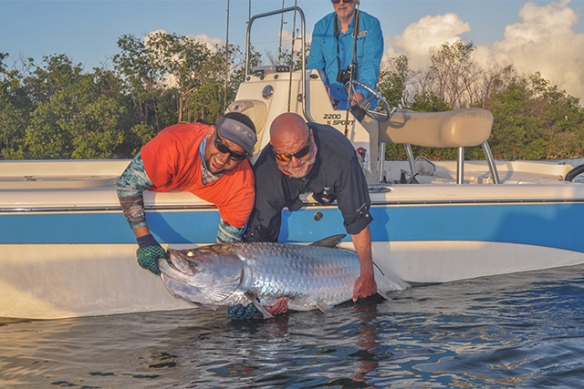 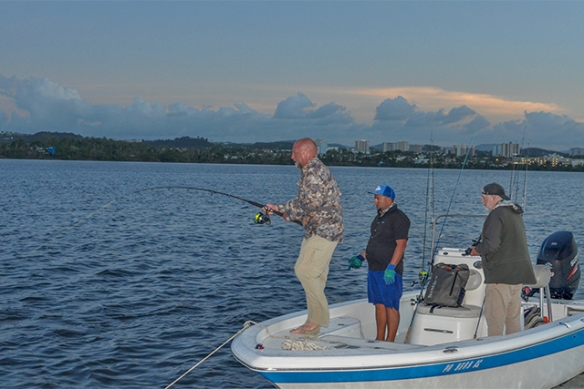 Dave Plummer knows the big tarpon hotspots. All tackle and bait supplied. Optimum months for great action in hot weather is from April to June and October/November. A few places left in 2019. 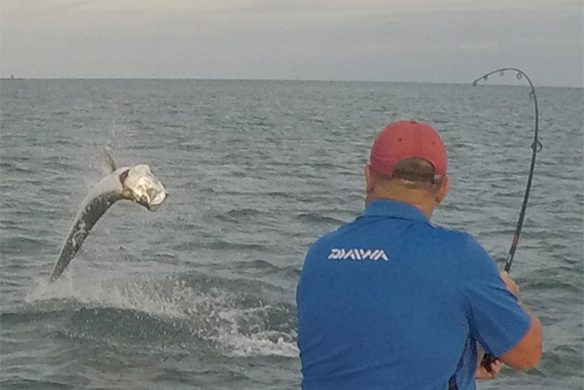 Amazing fishing in the Pacific Ocean off the coast of Panama. John Horsey and I took a winter break to catch some Central American sunshine and film some great saltwater fishing action.
Our base was the aptly named Paradis Lodge, located near a group of islands that provide stunning sport in sheltered water. We landed 14 different species with rooster fish, cubera snapper and a variety of trevally topping off a great week.
There are numerous areas to access by boat and the ocean here is very rich indeed. With such a vast amount of bait fish it is no surprise to find big numbers and variety of quality predatory fish to target. Depending on species and location methods include surface popping, sub surface lures, jigging, baits and even a few fish on fly tactics.
Paradise Lodge has superb boats and guides, includes all meals and is expertly run. Good value for money for a well run operation.
http://anglersworld.tv/sea-fishing/panama/chiriqui/ 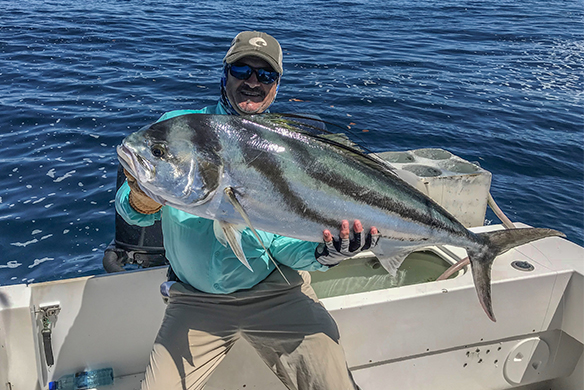 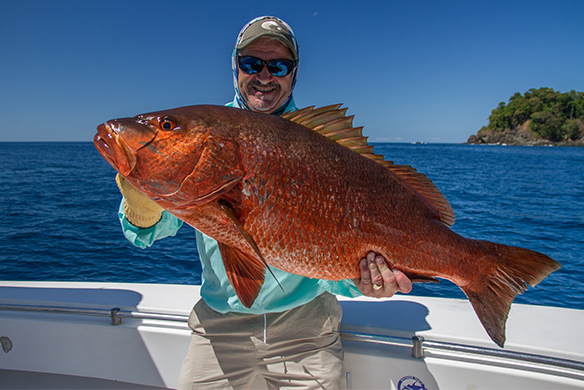 Dave Plummer and his friends – John, Gary and Bob, got off to a flying start on their two weeks in Florida this April. Hot sunny stable weather got the big Tarpon on the feed with fish to 160 pounds. Lots of sharks around too for added sport. We are taking bookings now for 2019 (most of the spring weeks already filling fast).
Call 01246 221717 now to reserve some great value inclusive fishing.
http://anglersworld.tv/sea-fishing/usa/florida/dave-plummers-hosted/ 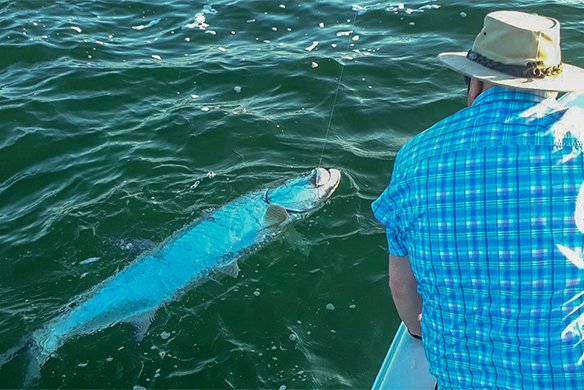 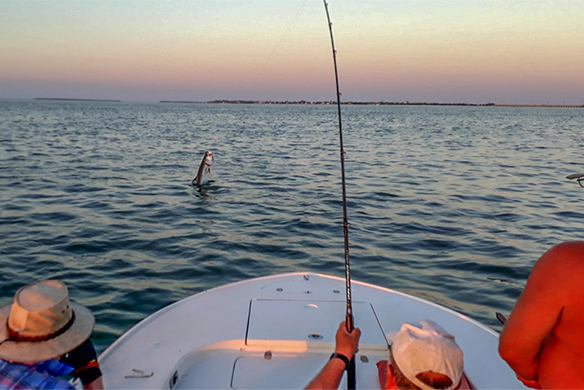 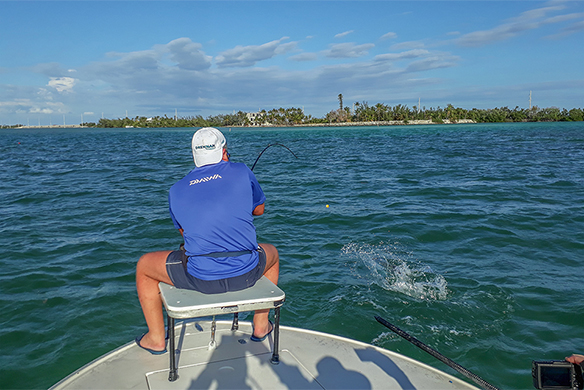 Alan Ferguson with a superbly marked 29lb 8oz pike from one of the big lakes in South Holland. Alan is a regular visitor to Holland and has had many 20 pound plus pike to his name. Great lure and deadbait sport. 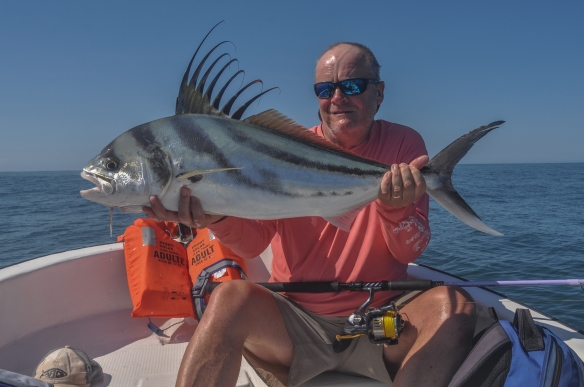 Costa Rica has long been one of my all time favourite sport fishing destinations. Not only is this idyllic Central American country amazingly beautiful, but it is safe to visit and really does have something to offer everyone. On this latest trip I travelled along with five other anglers to Samara, a small and mostly underdeveloped town on the Pacific coast just south of Nicoya, Guanacaste Province, in the north of the country.

The weather during our first two days made for tricky conditions but by day three we enjoyed breakfast under clear blue skies, and the mercury was already well on the rise by the time we boarded our respective boats a little after 7 in the morning. As we headed out of the bay in which Samara is located we soon spotted large shoals of surface feeding tuna and bonito, which provided as much sport as we wanted on small casting jigs fished on light tackle. And the day just got better and better. By the time we returned to Samara that afternoon each of our two boats had caught around half a dozen very nice roosters, a bunch of jacks, and several large dorado.

On day four the fishing was incredible. For me it was one of those days when whatever I tried not only worked, but worked well. I personally boated three roosters casting surface poppers, best fish around 30lb, along with numerous jacks and small tuna. I also caught a stunning 30-40lb dorado that inhaled the casting jig I had been using right at the rod tip. That fishes first run, one of several, ripped more than 200 yards of line from the reel.

Not only was the fishing throughout the remainder of the trip equally productive, but it got even better, especially for dorado. On the fifth morning we located a weed line that included several large trees, and the sea in the area was thick with feeding dorado. By 10 in the morning the three of us fishing on our boat had already caught in excess of 20 dorado in the 10-25lb class. Throughout that day we located several dense bait balls of brown minnows that were being demolished by feeding frenzy of roosters, jacks, small tuna, Sierra mackerel and dorado. Any lure that was cast in the vicinity of these bait balls was immediately smashed by whichever species managed to grab it first. It was a truly awesome sight.

That afternoon as we headed back towards Samara we came across a whale shark. It was totally unperturbed by our presence and after several minutes watching this incredible animal swim around the boat I could no longer contain myself, and I stripped off, dived in and swam down to it. It wasn’t the slightest bit bothered by my presence, even allowing me to gently stroke one of its fins; what an experience.

Our sixth and final day was another cracker. Plenty of dorado, roosters, tuna and as many jacks as we wanted to catch. Around lunchtime we located a few large bait balls that were being harassed by a shoal of well in excess of 1000 jacks. We could have caught as many of these as we wanted, but settled for a couple of dozen before moving on to try something different.

Samara is one of the most exciting Central American destinations I have had the privilege to fish, and I can’t wait to return. Unlike many other areas of Costa Rica this remote area remains largely undeveloped, with as yet minimal sport fishing pressure. During numerous previous trips to Costa Rica never have I seen so many roosterfish, with at times up to half a dozen fish chasing the lure right back to the boat. The standard of fishing for these most prized of inshore game fish was so good we barely tried fishing for other species such a cuberra and grouper, and I know that given the right conditions the offshore fishing for billfish and tuna is incredible.

A limited amount of tackle is available for hire at nominal cost by our partners in Samara, but most anglers like to supply their own popping and jigging outfits. I recommend two casting/popping rods, one rated for lures from 20-80g, a second suitable for fishing heavier lures from 100-150g. These I match with an 8000 and 14000 size fixed spool reel respectively, loaded with 60 and 80lbBS braid.

Carry a selection of lures to include small to medium size poppers, stick baits, diving plugs and casting rigs. Most colours will catch a few fish, but pink is absolutely essential in these waters, it was certainly the most productive colour lure during our trip. As always, be sure to use only strong hooks, split rings, links and swivels.

Jigging is also productive, both speed jigging and the increasingly popular slow jigging. Rods suitable for fishing jigs between 50-200g are perfect, matched with either a fixed spool or multiplier reel loaded with braid. Again pink is a highly effective colour. All of my rods, casting and jigging, are Shimano STC multi-piece travel rods that fit easily inside my hold luggage. I honestly cannot remember the last time I travelled with a rod tube.

If you would like to join me on a hosted trip to Samara or arrange a private trip, contact Anglers World Holidays on Tel; 01246 221717 or visit: http://anglersworld.tv and search for ‘samara’

Islamorada, Florida Keys…. October 2017.
Dave Plummer reports of great weather and excellent bait fishing for Shark, Tarpon and big Jacks. Post Hurricane much is back to normal for Dave and his guests who are catching well.
The rest of this year and early season next year are fully booked but he has places next autumn. For great fishing in the Florida sunshine call us now.. 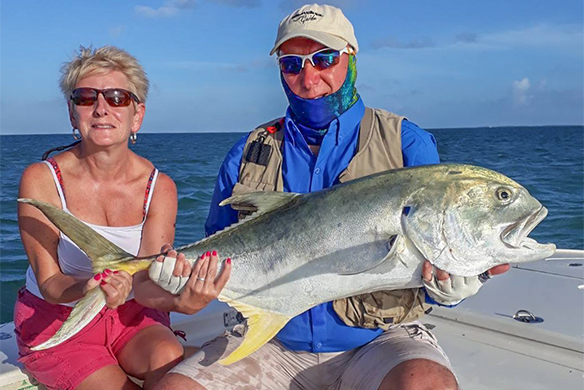 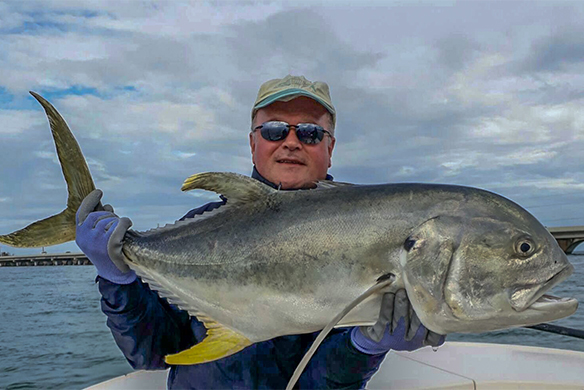 ISLAMORADA, Florida Keys. After the hurricane.
Dave Plummer reports good to excellent fishing with stable weather producing both “jacks” and Tarpon for his guests. Just a few openings left for 2018.
Call 01246 221717..