Survived an extreme adventure in India in the Lakshadweep Islands. So much has changed in two years. Heavy commercial fishing around the main base of Bangaram has made the fishing tough. Very little bait fish and the bigger predators have moved. We had to “endure” 6 days living and fishing off an open deck to reach the outer reefs some 100 miles distant often travelling at night, sleeping rough on an open deck, at 8 knots. Thank God it did not rain and the sea was relatively calm most of the time. Once there we anchored in quiet lagoons, sea water for a “bath” after a hot day of action.

The fishing, both surface popping and jigging, was exceptional at times for big GT’s, blue trevally and grouper with GT’s to 40kg. Food was good but levels of comfort as basic as it can get… not for the faint hearted. Would I do it again.. NO. The group were great, caught a lot of quality fish but generally were of the same opinion. Eric is crazy about big GT’s and loves the extreme. He is a non stop “popper” and has many huge GT’s to his name. His expertise proved a real bonus on this trip.

Havelock in the Andaman Islands off the east coast of India offers good standards of accommodation, better faster boats, short distances to very good fishing and sport is about as good. It is a No Brainer.!!! Andaman next time.! 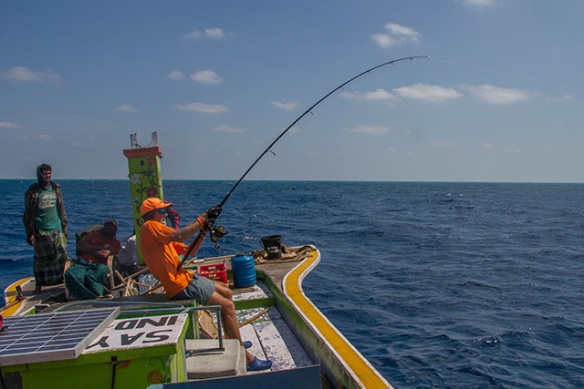 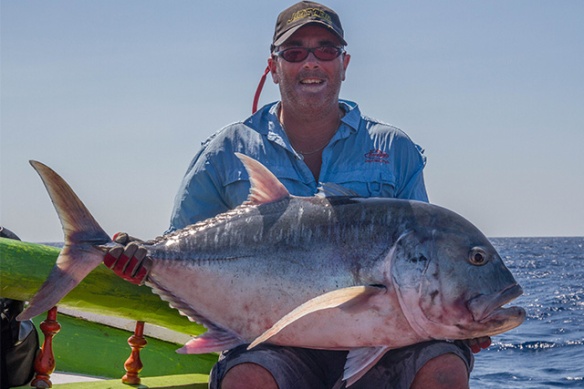 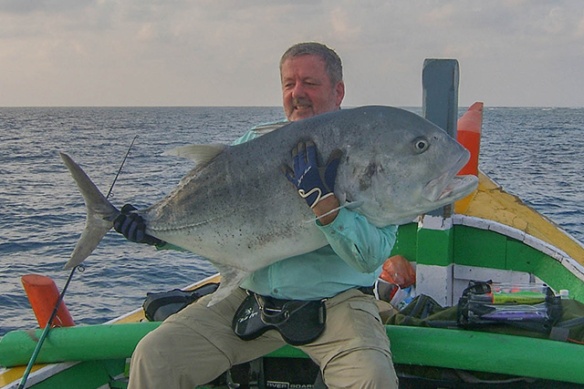 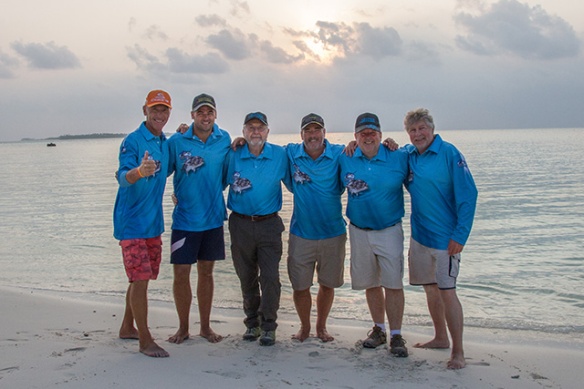